Some of you may have seen these bins dotted around the Newquay coastline. 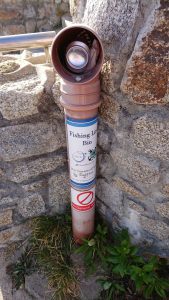 They were not an NMG project but we did lend our support to the group who set them up. 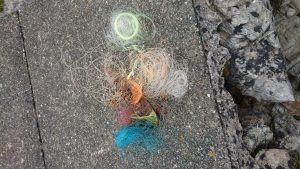 Fishing line can really harm marine life and in fact surfers too. It can get wrapped around a surfer or a seal for example and cause serious injury.