Over lunch at the Your Shore Beach Ranger conference this year, a group of us discussed doing some survey work. Research into the plastic issue that we can see quite clearly on our beaches… What about the things we can’t see? Would it be possible to do some research out on the boats? 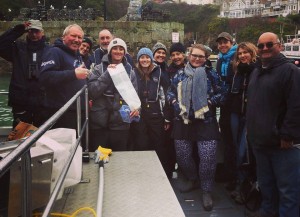 Well, after an amazing piece of work from Liz (Co-Chair of Newquay Marine Group and leader of Newquay Beach Care) we received funding from the Bedruthan Hotel Community Fund and collaboration between fellow conservation groups was born:

The CMMR got in touch with Global 5 Gyres Trawlshare programme (www.5gyres.org) to borrow one of their trawls with the aim to be the first project examining microplastics on a large scale on the north Cornish coast. (micoplastics are less than 5mm in size – often plastic that has been in the ocean for a long period of time and has been degraded and eroded into smaller and smaller pieces)

The coastline around Cornwall is a rich marine habitat vital to many wildlife species. In 2016, Newquay and the Gannel were designated as a Marine Conservation Zone due to their environmental importance. But with stresses on the ocean from recreational boat users, fishing and tourism as well as pollution from land based businesses, the issue of plastic and litter is becoming a serious problem.

The CMMR would like to provide research evidence about the extent of microplastics on the north Cornish coast. The plan is to investigate the spatial and temporal distribution, quantity and type of microplastics using regular boat trawls and analysis of materials found. This will be a one year project run by volunteers and the data will be fed into a global dataset and will also provide local level research work that can hopefully impact on Cornish policy. 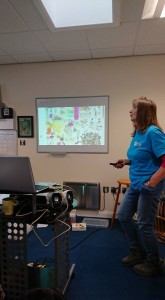 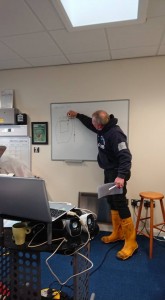 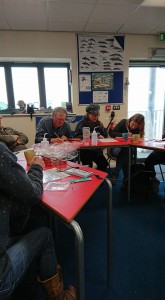 Tuesday 10th April 2018 saw the first meeting of the CMMR and the first training session down in Newquay Harbour. Training was on the boat and in the room: We practised set up and trawling it behind the boat where it collected samples from the water column. The training then moved indoors for lab work where the findings were analysed and separated into categories.

Yesterday saw the first practical step that the CMMR have taken – the aim is to trawl every month on specific trips around the North Cornish Coast and see what we find.

More info to come from the CMMR. 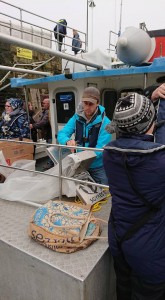 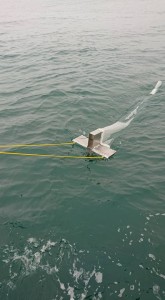 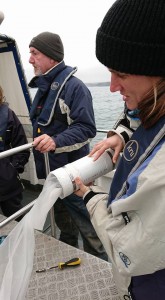 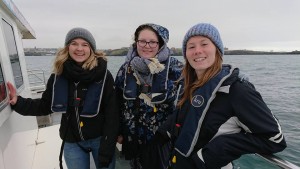 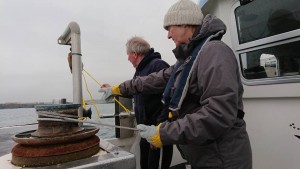